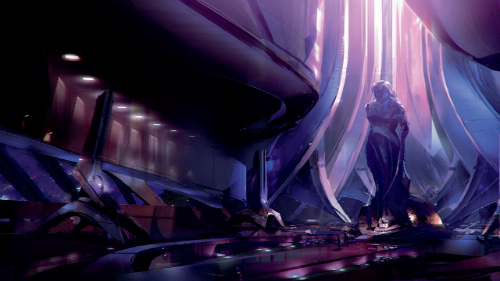 Set 3 - The Reapers are Real

The infiltration mission to the secret labs on Sanctum proved highly fruitful. Classified intel highlighting the apparent real threat to humanity was recovered. The documents list the chronological order of Cerberus' artifact recovery, revealing, in fragmented detail, what is known of our enemy. The information is overwhelming. Mackenzie senses the gravity of this discovery. The rantings of Commander Shepard were true. The Reapers are real. They're coming for Earth.

The term Ardat-Yakshi means Demon of The Night Winds. These Asari are afflicted by a rare genetic condition affecting less than 1% of the Asari. The condition affects the natural Asari neurological synchronization during mating, enabling complete control and domination of the mate's nervous system, and causing frequent cerebral hemorrhage and death.

Intel points to the origin of the Banshee as occurring in a Monastery in Lesuss. The Reapers have apparently taken advantage of the Asari's genetic anomaly to create one of the deadliest foes. We need to find out more about this enemy in order to stand a chance in a full scale assault. Head to Lesuss, in the Mesana System. This mission is high risk. Do not approach the Banshee lightly. In fact, we suggest first testing the site with our new Infiltration weapon...