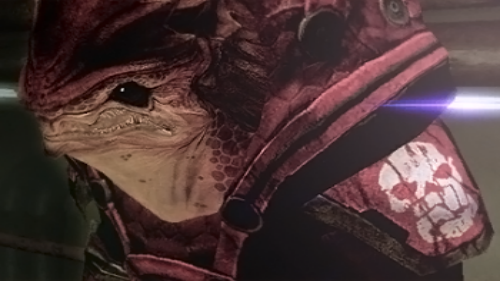 The reality of the Reaper attack on Earth is a grim one. But humankind is not without hope. Earth's defense was stronger than initially anticipated. Humans are one resilient species. They do not like defeat.

The Alliance is now seeking allies. They are reaching out to the other species of our Galaxy, each faced with this common threat. Will they be able to summon support? They must prove that assisting in the survival of mankind is of benefit to all other species. The N7 representatives must be ambassadors now. They must prove that they are indispensable, that humans are indispensable.

Deployment happened quickly. MacKenzie didn't even have a chance to communicate with other N7. The Alliance apparently deployed any and all N7 operatives they could reach. They were sent to scour the galaxy for Allies. MacKenzie was having trouble focusing on this task, however. She wanted revenge. She paused to think. Where to start? She would reach out to those she already knew... a lethal assassin and a valuable shield...

I. Shield and Hammer

She reached out to her childhood friend first, Pietr. He had become  an N7 operative 4 years ago, and yet they were the same age. He was one of the best. He had been sent out to Tuchanka on what most would consider a suicide mission, as part of the CDEM (Council Demilitarization Enforcement Mission). To think humans could enforce Krogan Warlords to do anything!

Pietr agreed to help MacKenzie, and the Alliance. As soon as he got out of the little mess he and his Krogan friend, Thurr, had gotten into.

Conditions: On Silver and Gold, earn 3 Waves Survived and 25 Melee Kills each